Ranvei Sneve AKA Røntgen Ranvei pretty much is Kirkenes hospital. At the age of 10 she received her very first ‘paycheck’ from the hospital washroom where her mother worked. It was also her playground, the after school hangout, first job and the source of countless stories. These days she is working as a department manager of medical services and has her fingers in abundance of pies, one of them being the Art Committee.

She feels nostalgic and excited about moving and bringing the good things from the old hospital into the new; the history, hospitality and kindness, all the things that make good ‘hospital culture’. According to Ranvei, Kirkenes has a great spectrum of competence and an excellent reputation. It is a unique little hospital with big tasks. The population has all the same illnesses as the rest of the country, just fewer of them. You are expected to excel in many fields, something that makes you independent and knowledgeable.

She is one of the few Finnmarkings without a yearning for a cabin and prefers to spend her time ‘a little bit here, a little bit there’. Some of her favourite footpaths since childhood run across the new hospital site, where she remembers finding artifacts from the war; hand granades, bombs and bomb shelters. Something new seems to still come up from the marshland every year, and so we headed to inspect the site with Røntgen Ranvei.

Ranvei will miss her explorations around the hospital for peculiar old objects. People who know this about her have throughout times collected things for her. She is sitting at the original office table of the senior physician, which she intends to bring along to her new office. There is also a salvaged crystal polar bear, beautiful blue Aalto vase and some vintage filing boxes in her office (not to mention the stacks of artworks). © Karoline Hjorth & Riitta Ikonen

Points for whoever guesses what this is used for at X-ray (hint: it’s for men) © Karoline Hjorth & Riitta Ikonen

It didn’t actually taste that bad. Thank you for letting us sample this Colon cocktail © Karoline Hjorth & Riitta Ikonen

Ranvei has her own theory about surviving in these remote societies up north. “What makes you into a more open and connected person is knowing that everybody has some kind of importance to somebody”. © Karoline Hjorth & Riitta Ikonen 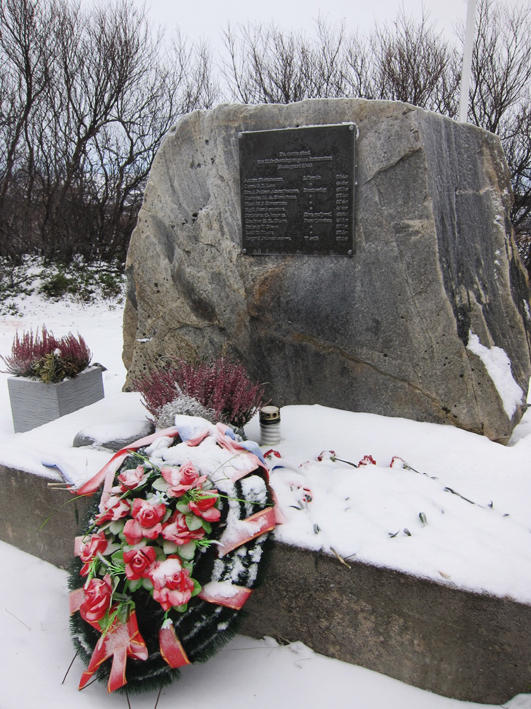 Her father was a partisan in the Red Army and worked as an interpreter between the Russian and Norwegian officials. He crossed the border to Norway on the 25th of October 1944. At the 50-year liberation anniversary in 1994, Håkon Sneve received the King’s service medal for his work. He inaugurated this memorial for 11 freedom fighters. © Karoline Hjorth & Riitta Ikonen

The night Ranvei’s daughter was born the weather was so fierce that the midwife had to be picked up to work from her house by a military tank. Some mothers come to the hospital a couple of weeks before their due-date because of the long distances and wild weather. © Karoline Hjorth & Riitta Ikonen 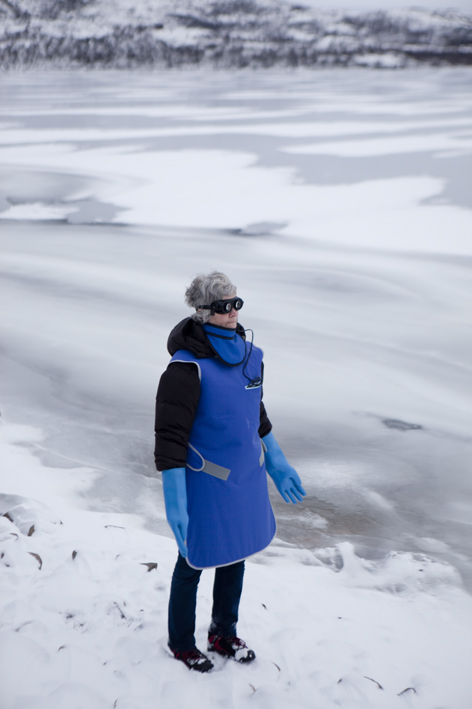 Røntgen is named after the man who invented the røntgen ray. His name was Wilhelm Konrad Röntgen © Karoline Hjorth & Riitta Ikonen

Afterwards, Ranvei had to rush off to a family event. The staff had arranged a teddybear hospital where kids could bring their toys to the ward for x-rays and mending. (And of course there were hotdogs – there seems to always be hotdogs in Norway…) © Karoline Hjorth & Riitta Ikonen